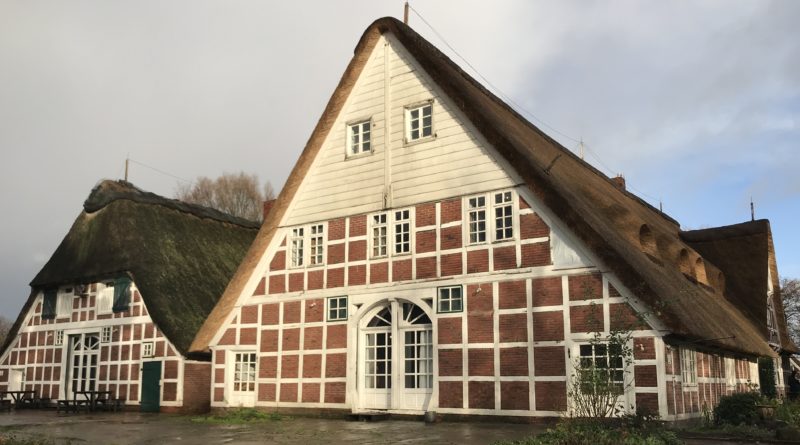 A trip is always exciting; not only because of the fun one would have but also because of all the new knowledge one would gain. The fun is just the icing on the cake. We were all excited for this trip to Hüll. It would be a new experiment with our fellow students and the leaders. It would be a weekend of learning through having fun and we couldn’t be more excited.

We, the students and leaders, met at the train station Hauptbahnhof 1:45pm. We gathered around and the teacher marked the names of the students that were present were given tickets. After a few minutes we were informed that the departure place had been changed so we were supposed to move to Gleis 12E. We boarded the train and started our journey. Shortly after we had left, the ticket controller came and inspected our tickets and everything was going on smoothly. After the inspection our teacher came and organized our sleeping areas, because the hotel we were supposed to sleep at only had double-bed rooms. Before I picked a room she informed me that a friend of mine had already proposed to share a room with me.

We reached Himmelpforten at 2:08pm. After about 10-20 minutes, we took a bus to Bildungszentrum ABC. We arrived at ABC at 2:38pm and we were received by a nice lady. She welcomed us well and showed us our rooms. She gave us 10-20 minutes to settle. Afterwards she briefed us on the house rules and the dining plan. Later on we relaxed, played pool and table tennis and had coffee and cake.

At 5pm we all met at a conference room. We introduced ourselves and our teacher explained what we were supposed to do why we came to Hüll. As a warm up we played different games. After the games we were divided into three groups. Each group had six students and two leaders. The topics we discussed were the highlights and lowlights of our week – what was good and what was not good in the past week. We also talked about our internship (what we do and where) and the teamers asked us whether those were our dream jobs and everybody said their opinion.

We had supper at 6:30pm and had some free time until 8pm. At 8pm, we started our conference again. We got five pieces of paper and were supposed to write five different things about ourselves. Everybody did it and later pinned them on the board. One of the leaders read out all the cards. If a person liked or agreed with the statement, they were supposed to stand up. This way you would see the other people that liked or agreed with the statements. After this activity we watched a film called „Hotel California“ that was shot at the place we were staying at for the media project weekend. Later at night we watched the movie „Victoria“. At some point we went to sleep.

As they are saying the early bird catches the worm, we woke up early in the morning. Some went jogging, others had breakfast and coffee to refresh their minds for the start of a new day. We started our meeting after breakfast. Everybody had to choose a medium they would like to work with. So there were different groups: blog group, film group, writing group, photo group.

After choosing a group everybody did something with the topic that they were interested in, like writing. We enjoyed doing that. Midday, we had our lunch and we continued working hard so that we could read or present our stories and other projects at night.

By the time of the presentation, some students had finished their project and some did not but with our tremendous effort everybody had something to present to the team. We read some of the stories and I somehow felt like crying, because the stories were touching and some of them were very painful.

After the presentation, we watched a film made by the film group and also looked at the pictures we took over the weekend. As expected it was a weekend of learning and enjoying all the activities done.